Locus Amoenus, 9/11 novel by Victoria N. Alexander, has been nominated for the 2016 Dayton Literary Peace Prize. Since 2007, the DLPP has awarded $10,000 each year. Previous recipients include, Bob Shacochis for The Woman Who Lost Her Soul, Junot Díaz for The Brief Wondrous Life of Oscar Wao, and Francine Prose for A Changed Man. The 2016 winner will be announced in September.

Locus Amoenus is now available as an audiobook, narrated by award-winning actor Ben Jorgensen, from Audible.com and iTunes. END_OF_DOCUMENT_TOKEN_TO_BE_REPLACED

The new novel by Victoria N. Alexander, Locus Amoenus, is a delight to read. It weaves an important modern-day tale while following the outline of William Shakespeare’s enduring tragedy, Hamlet. The Bard’s tale of Hamlet is a personal and community tragedy placed in a historical period in which the fight over the control of Hamlet’s native country ultimately leads to its subjugation to a foreign country. The characters woven into the Locus Amoenus story are no less tragic than Shakespeare’s, and the reader is left wondering just how the world of Alexander’s characters could have avoided being seduced into a current-day form of subjugation when the curtain comes down. Throughout her witty narrative, the author’s wry humor adds levity to her tale of today’s Hamlet. END_OF_DOCUMENT_TOKEN_TO_BE_REPLACED

Robert McIlvaine, father of Bobby McIlvaine who was killed in the lobby of the World Trade Center North Tower on September 11, posted a review of Locus Amoenus on Amazon.

END_OF_DOCUMENT_TOKEN_TO_BE_REPLACED

Victoria N. Alexander’s latest novel, Locus Amoenus, turns Shakespeare’s moody dark Hamlet (something is rotten in the state of Denmark) into a glib, manic 9/11 conspiracy theorist who discovers that something is very rotten in the United States of America. The 191-page novel was released at the end of June and hit #2 in Amazon’s dark humor category briefly in August while Kurt Vonnegut’s Slaughterhouse Five held out at #1. The novel has been highly praised outside of truther circles for its originality and acerbic wit, taking on, not just the inexcusably lax 9/11 investigation, but also pointing out the disastrous consequences of federal top-down control, for example, farm subsidies and nutrition guidelines, pharmaceutical subsidies, standard curriculum, and the “jobs and security” provided by the weapons and intelligence industries. Mainstream reviewers, award-winning novelists, and other celebrated critics have favorably compared Alexander to James Joyce, Jonathan Swift, Thomas Pynchon, Lewis Carroll, Barbara Kingsolver, Vladimir Nobokov, and Don Delillo, as well as the bard himself. Could this be a breakthrough for the truth movement? END_OF_DOCUMENT_TOKEN_TO_BE_REPLACED 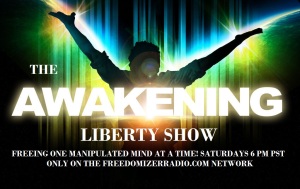 In Locus Amoenus, a 9/11 widow remarries and her son, Hamlet, learns from Horatio, a conspiracy theorist, that something is rotten in the United States of America. 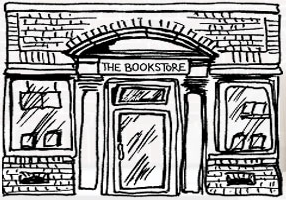 It’s ironic if you move to the bucolic quiet of natural surroundings of say, upstate New York, you may be out of the grit and hustle of the city but you may also find yourself in the midst of what America really looks like. The struggle for the Good Life begins again with wholly new challenges.

Ironically you will again be gaping aghast at material obsession and driven spending on poisonous foods and crappy stuff nobody should even want. The conspiracy reaches into the countryside, i-phone-dazed and texting people who are across the street, where nobody votes because the real choice is between Coke and Pepsi or Ford and Chevy, and the bureaucrats right next door are somehow sneaking closer and closer to what you do and say, or that the kids are getting bullied by Core Educational mandates and standardized testing that will determine their END_OF_DOCUMENT_TOKEN_TO_BE_REPLACED

Victoria N. Alexander, Ph.D., is a literary fiction novelist who writes about censored and controversial subjects with audacity, humor, and compassion. Bravely working to overcome complacency and conformity and to promote critical and creative thinking, tolerance and peace, she uses Huck Finn’s infamous statement of resolve as her writing motto: “All right then, I’ll go to hell.” Her latest novel, Locus Amoenus, is a Dayton Literary Peace Prize nominee.
Alexander is also a philosopher of science. She is a Rockefeller Foundation Bellagio Center alum, a Public Scholar for the New York Council for the Humanities and a director at the Dactyl Foundation, working on new and emerging concepts in science and encouraging interaction between the sciences and the arts. She serves on the editorial boards of Biosemiotics journal (Springer Publishing) and Meaning Systems book series (Fordham University Press). Her latest work on the surprising non-utilitarian evolutionary mechanisms behind butterfly mimicry will appear in March 2016 in Fine Lines: Nabokov’s Scientific Art, published by Yale University Press.
Her fiction is published by The Permanent Press. See full CV.